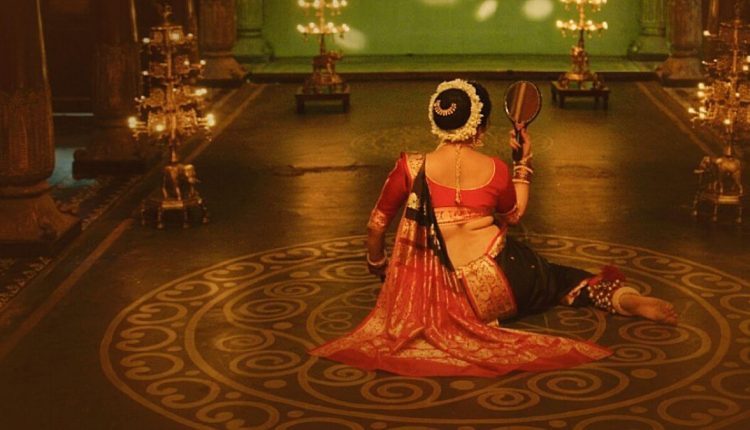 Marathi film industry has presented a lot of entertainment to its audience in the new year. While numerous films are being screened in theatres, many others are going on the floors. Year 2022 looks very promising with a treasure trove of brilliant Marathi films and entertainment. Prasad Oak, who has delivered popular movies such as ‘Kachcha Limbu’ and ‘Hirkani’, is all set to come up with his most-anticipated film ‘Chandramukhi’. The film is set for a theatrical release on April 29, 2022.

Last year, the teaser of ‘Chandramukhi’ created a huge buzz in the industry. The first teaser managed to blow the minds of Marathi movie buffs and set expectations of a big hit at the box office. The enthralling rhythm of dhol, a beautifully decorated stage and the feet of a woman who is preparing to dance her heart out, were cryptic enough to tease the audience.

‘Chandramukhi’ is an amorous love story of an ambitious shrewd politician and a captivating gorgeous girl from Tamasha. It is an adaptation of the famous book of the same name written by Vishwas Patil which will be celebrated in a cinematic form this year.

Talking about ‘Chandramukhi’, the Head & Founder of ‘Planet Marathi’, Akshay Bardapurkar says, “We are committed to providing the best to the audience. Accordingly, we have come up with an outstanding work of art for them.” In the context of the directorial skills, he added, “Working with Prasad Oak was a great opportunity for us and getting a team of talent who come with their own experiences is what we have always believed in. Earlier he explored his calibre in working with different storylines and this clarifies how thoughtful his mind can be.”

Piiyush Singh, COO of Golden Ratio Films said, “The experience of working with Planet Marathi is always joyful. This is our third project with them and the story of Chandramukhi is powerful and will cut across audiences. We are proud of the team behind the making of the film, the director, the cast and the whole crew who have worked tremendously hard in making this feature film. Ajay-Atul’s music is the cherry on the top, already proving how magical they are in their own way. No doubt, they have added extra charm to the film with their creation.”

‘Chandramukhi’ is produced by Akshay Bardapurkar, Planet Marathi, Golden Ratio Films and Creative Vibe Productions. Co-produced by Flying Dragon Entertainment and Lightwiden Entertainment. Chinmay Mandlekar has written the dialogues for the film. The lead cast playing ‘Chandramukhi’ and other actors are still under the wraps and will be released soon during the films promotions and will live up to the high curiosity among the audiences.

Akshay Kumar and Tiger Shroff join up to entertain